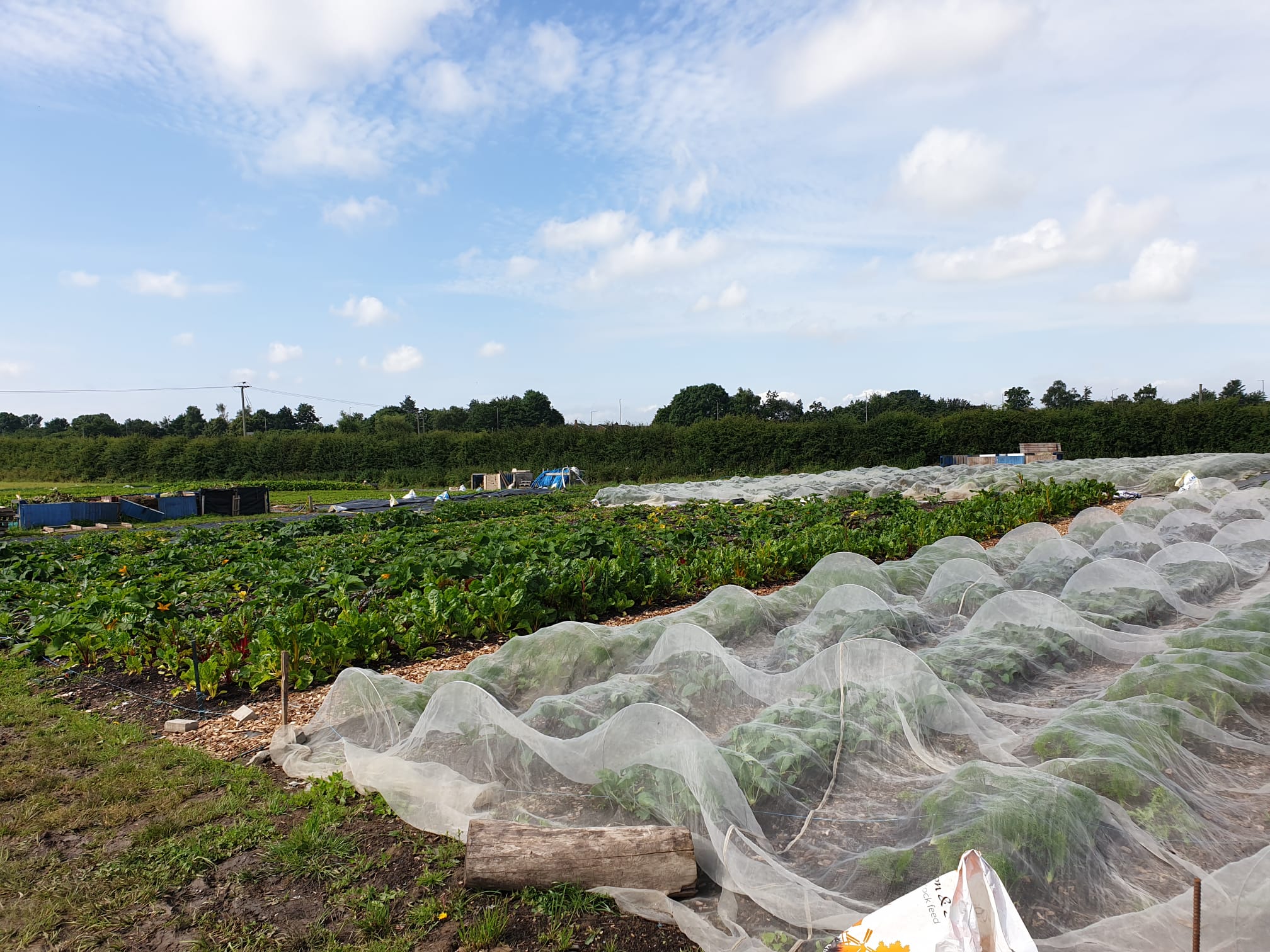 What else is in our food?

In 2009 I completed a Masters by Research in Science of the Environment.  My research focussed on pesticide residues in food, and the findings from my dissertation were later published in the journal Chemosphere.  Here are some of the things I found out.

Unless we eat a diet of entirely chemical free or organic food, we are all eating pesticides.  Food grown by ‘conventional’, chemical dependent methods contains traces of the pesticides applied to it.  It doesn’t all reach our mouths – some is washed off by rain, some chemicals are broken down by sunlight, some will be carried off by the wind and some can be removed by washing.  But not all of it.

It’s worth noting that many pesticides are designed to have limited solubility in water, precisely so that they stay on the crop they’re meant to be protecting and don’t wash off with rain into our water courses.  The down side of that is that washing your fruit and veg won’t remove all the pesticide residues on it.  Also, crops grown with pesticide protection under polytunnels may contain higher incidences and levels of pesticide residues simply because the polytunnel protects the pesticide from the natural conditions that can remove or breakdown some of the chemical [1].

How do we know if there are pesticides in our food?

It’s no secret that there are pesticide residues in food, it’s just not publicly advertised.  The government monitors pesticide residues in home-produced and imported food, and the results of their quarterly analysis (performed by the Health and Safety Executive) are analysed by the Expert Committee on Pesticide Residues in Food (PRiF).  They test samples of all components of what is regarded as ‘the national diet’, including milk, bread, cereals, potatoes, animal products and fruit and vegetables.  Their results are freely available on the internet [2]:

This monitoring programme helps to make sure that levels of pesticide residues in food don’t exceed things like the Maximum Residue Level, the Acute Refrerence Dose, and the Acceptable Daily Intake for each pesticide.  Fancy terms for different types of assessment of whether or not a pesticide has the potential to cause harm to health at various levels and frequency of exposures.

Should we be reassured by this monitoring programme?

There are difficulties in setting all of these safety levels.  There are uncertainty factors well acknowledged within the scientific community [3].  But what really is of concern is the lack of understanding of the ‘cocktail effect’ of repeatedly consuming ‘safe’ levels of lots of different pesticides.  PRiF reports regularly record more than one pesticide residue within a single food sample.  We also don’t (usually) eat meals that contain just one food.  So in a single meal we might be consuming ‘safe’ levels of lots of different pesticides.  It is possible that those pesticides have a cumulative and synergystic effect [3], that is, the effects of each could add up within the body, or even that the presence of one chemical may amplify the effect of another.  All the possible different combinations of chemicals that we might be exposed to are so numerous that it is effectively impossible to test the effects of them all, particularly when we would have to predict the effects of repeated combinations of exposures over many years.

To add to that – there is disagreement on the safety of some pesticides. Glyphosate is a good example.  Glyphosate is the most frequently used herbicide worldwide and within the EU [4].   In March 2015, the World Health Organization’s International Agency for Research on Cancer classified glyphosate as “probably carcinogenic in humans”.  And it is getting into humans.  A study analysing glyphosate residue in human urine carried out by the Heinrich Böll Foundation in Germany concluded that 75% of the target group displayed levels that were five times higher than the legal limit in drinking water. A third of the population even showed levels that were between ten and 42 times higher than what is normally permissible [5].  There are ongoing debates about the potential impacts of glyphosate on health, but there are powerful interests in maintaining it’s use.   It is still widely and legally used in the UK and EU.

What does all this mean for our food choices?

Having spent 5 months researching pesticide residues in food, my own conclusion is that if you eat food produced using chemical dependent ‘conventional’ farming techniques, be aware that you are likely to be consuming pesticide residues, and that we really don’t and can’t know what the long-term, combined impact of that will be.

There is good news though.  Awareness of pesticide residues in food is increasing.  The more concerns that are voiced, the more the government will be inclined to be cautious when monitoring and also licensing pesticides (particularly important once we start having to do this nationally, outside of the EU).

But better than that – there are real, viable alternatives.  You can choose to eat organic food, produced without the routine use of chemical pesticides.  I have found choosing organic food can sometimes conflict with other food ethics – should I buy organic if it has travelled a long way to get to me?  So I’m delighted that Frith Farm is (re?)creating a farming system that enables the sustainable production and distribution of high quality, local and chemical free food for Beverley and Hull.

Local is the new organic

Why do we Farm?

No comments to show.